As you approach Narol, you see the silhouette of something curving like a mountain, burning in the sunset. Soon enough, you realise it’s an open landfill – one that holds nearly all of Ahmedabad’s solid waste. The Pirana landfill in Ahmedabad is the seventh-largest open landfill in India in terms of land area and amount of solid waste disposed. Locally known as “kachre ka dhakla (hill of garbage)”, it’s a massive mound of garbage spread over 84 hectares (207.569 acres) of land and reaching a height of over 200 metres. It has been the city’s sole repository of garbage since the 1980s.

This landfill, which receives 2,300 metric tonnes of solid municipal waste per day, is located in Narol, an industrial hub in the outskirts of Ahmedabad.

Narol is one of the largest industrial clusters of Ahmedabad with over 5,000 garment, chemical processing, pharmaceutical and recycling factories. All these factories are run using cheap labour provided by a huge migrant workforce of more than 4.5 lakh from Uttar Pradesh, Bihar, Rajasthan, Madhya Pradesh and tribal districts of Gujarat. It is this invisible workforce thats fuels Gujarat’s growth story, but faces the disproportionate burden of the abysmally high levels of air pollution and serious health hazards due to the Pirana landfill. 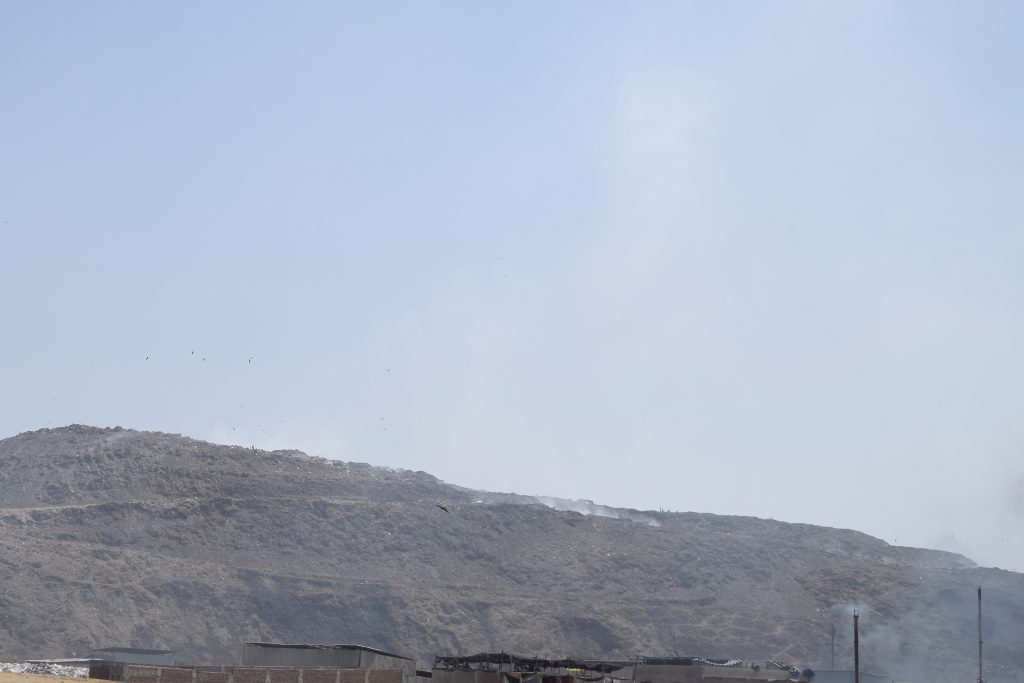 An adverse impact of growing urbanisation and rapid economic development of Ahmedabad is the increasing heaps of municipal solid waste in the Pirana landfill. Garbage dumped here is mixed waste that consists of paper, plastic containers, bottles, cans and, at times, electronic goods. Open burning of this mixed waste is practiced on a daily basis – an inefficient combustion process that releases significant amounts of air pollutants, ash, dense white or black smoke. According to the State of Global Air Report, air pollution is a substantial cause of morbidity and mortality worldwide, resulting in major public health impact as well as financial losses each year. According to the report, ambient air pollution resulted in around 4.2 million deaths in 2015.

The landfill in Narol has had a detrimental impact on the health and well-being of migrant workers employed in factories in its vicinity. Official data from the Urban Health Centre (UHC) in Behrampura ward, where the landfill is located, show that 649 people were found to be suffering from tuberculosis between April 2017 and March 2018 within a total population of 1,65,731. These figures are shocking for the incidence of the disease in this ward is approximately 2.5 time that of the national average – which is 134 patients for a population of one lakh. 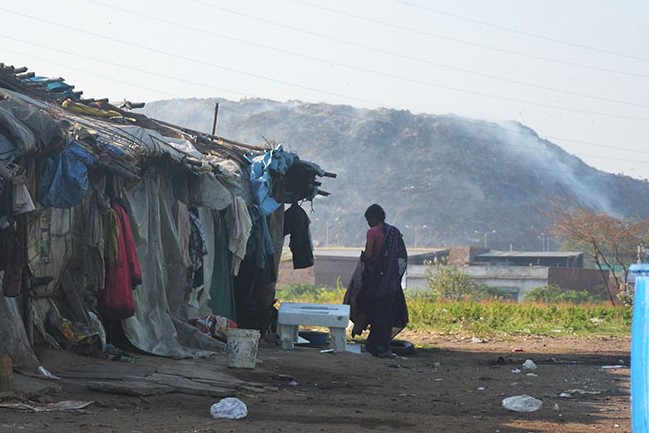 Residents of this area are suffering from TB, other lung diseases and incidents of premature death due to poor health conditions. Credit: Sangeeth Sugathan

Sanketbhai Gohil, who heads the TB eradication programme in Behrampura UHC, says, “Patients identified with TB and other respiratory diseases are admitted or referred to the government hospitals where they are given proper medication, but once the patient goes back to the same polluted and unhygienic atmosphere, they fall prey to the same diseases and eventually succumb to them.”

Shahidbhai, who migrated from the Azamgarh district of Uttar Pradesh 18 years ago, came in search of a livelihood that could sustain his family back home. “When I started working, I had a dream of opening a small garment unit and making it big in Ahmedabad. But three years into my work, I began falling ill frequently due to asthma and I never had the option of quitting work as my entire family was dependent on me.” Even after nearly two decades in Ahmedabad, his life remains restricted to the industrial area of Narol. “I only had the option of renting out a small room close to where I work since rooms are cheaper in the industrial area. I find it really hard to breathe late in the evening as the air is filled with fumes and smoke generated by the burning of waste in the landfill.” 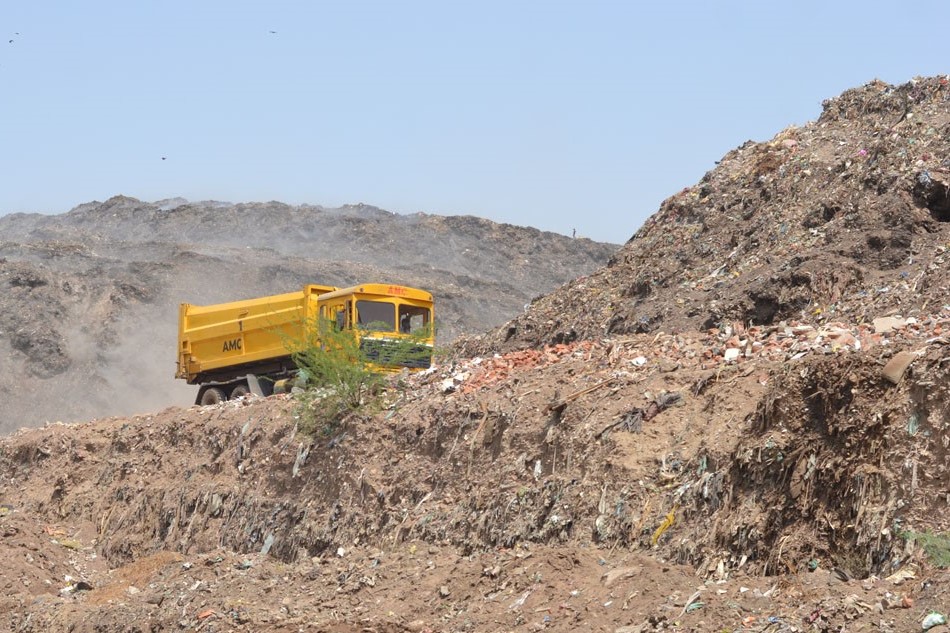 The landfill is in violation of the existing Solid Waste Management Rules, 2016. Credit: Goutam Kumar Mahanty

Rajubhai, an Adivasi from Jhabua district of Madhya Pradesh, migrated 13 years ago with his family to work at the boilers that produce steam to run machines in the factories of Narol. “While all parents leave behind something for their children, here I am leaving them with a deadly disease. In all its probability, the legacy would continue,” says misty-eyed Rajubhai. All four members of his family, including him, are victims of TB. His wife died six months ago due to multi drug resistant TB. His youngest daughter Vanita, who is only 14, has also been diagnosed with the same.

Ahmedabad, like any other Indian megacity, boasts of a metropolitan identity steeped in extravagance and consumerist lifestyle. But its elite and upper-middle-class citizens, living comfortably in their gated communities and producing endless amounts of garbage, have no clue who bears the cost of their actions. It is the migrant workforce who is left to subsist in the dark underbelly of the city drenched in nauseous garbage and stink. They lead sub-human lives intertwined with contaminated air, toxic chemicals and fatal diseases. Several complaints and a PIL have been filed on the environmental consequences of the Pirana landfill. However, nothing significant has been done to improve the situation on the ground.