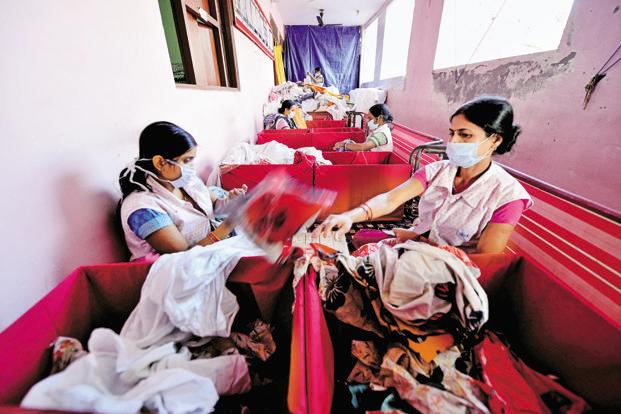 My father was among those Indian Administrative Service (IAS) officers who were deeply involved with what today we call the social sector, civil society or the non-governmental organization (NGO) sector, which in the 1970s and 1980s was called the “voluntary sector”. Playing cricket with many of the remarkable people who worked in it is one of my abiding childhood memories. Over the past 40-odd years, my connections with this world have remained, for many years only loosely. About 15 years ago, I got involved with the sector from the outside, and then, eight years ago, I decided to work in it, leaving the business world. So my life’s trajectory has provided me a continuing view of the evolution of this sector.

In these 40 years, all of us have grown older, including these voluntary sector organizations. Many of them have done great work. But the maladies of age afflict many. The most common of these is the crisis of succession. Effective succession is a challenge in all organizations, but in this sector it is acute.

The founders of these organizations began with a radical vision implemented with passion and through sacrifice. Their work was their life. Time changes all this. Even if they can carry on longer with the old vigour, the passing of the baton is inescapable. Successful ventures face the need to make organizational transitions to a larger size, more resources, and greater numbers of people. This involves a professionalization that older teams often cannot accept. One of two outcomes follow. The founders do not let go. Younger people drift away, and the once young organization stagnates. Alternatively, if they manage to induct new leaders, a generational clash of ideas and intense emotions ensues. Both outcomes weaken the enterprise.

Why are they at this pass, when succession planning is so obviously one of the most important things for any organization? I will highlight four issues. Money, management, ideology and vision.

First, the matter of money. Unlike the business world, the social sector does not generate the resources it needs. Most donor organizations want their money to go directly to programmes that impact the beneficiaries. They under-fund organization development. That is an “overhead”. Thus, the kind of people recruited, their numbers, and the investment in their development, are all constrained. With the everyday struggle to generate resources from donors, which when it arrives is tied to specific projects, any kind of long-range planning is hard.

Management is a bad word in such organizations. Founders are too sceptical of management practices to attend to institution building. Succession planning is neglected. These people have been so fired up by the idea of changing the world that they have assumed nothing else matters. In some cases, it is just negligence. And rare is the independent board, if it exists, that insists on succession planning. In any case, many such organizations operate under a single founder, and if that sole leader does not think of succession, who will?

Third, the matter of ideology. Outsiders to the social sector may find this hard to grasp. There are multiple facets and manifestations of this issue. But at the core is a belief in the supreme virtue of the collective, of the idea of completely democratic decision making, and a stated antipathy to any kind of hierarchy. The notion of leadership is, therefore, suspect. No organization can or does function in this manner. Those who profess such an ideology do not practise it since it is dysfunctional. But immense energy is spent in sustaining the appearance and papering over the contradictions. For some others, this ideological flag-waving is just a ruse to retain the status quo, and a deep unwillingness to let go. In both cases, succession planning is a casualty.

Finally, the matter of vision. Succession is inevitably a time of change that responds to internal and external forces. The organization may face crucial demands from many of its stakeholders. The new generation of leaders may have radical new ideas and new motivations. The founders watch all this with trepidation. They fear that the old values of hard work and austerity are being lost. That success has begotten selfishness. They unconsciously rein in or undermine their successors.

Without effective succession, these organizations will wither or become irrelevant. That is a huge loss to society as they play critical roles and make significant contributions.

Good succession planning takes a decade or more. Most of these leaders do not have that time. They recognize the crisis only when it is almost too late. Three drastic responses are available. One, approach the funders and seek a funding line for succession. Two, announce that the founders are truly, really and completely stepping aside in three years, and so are looking for successors. Three, stop looking for the most competent successor and hand over to the most committed, be it a close friend, colleague or family member. Competence is often overrated, whereas a deep sense of ownership and the hard work that comes along is underrated.

Here are two messages in closing. To funders: If you want strong, stable and scalable NGOs, please support overhead costs to build organizations. To the founders of NGOs: Start planning your succession, you will grow old sooner than you think.

People need commitment to work in the social sector

People who identify with the purpose and work for it with deep commitment are ideal for social sector organizations. But the reality is that NGOs will end up recruiting many who are looking only for a job

Why is leadership succession a problem in non-governmental organizations (NGOs)? That is what I wrote about last fortnight. In response, I received a flood of emails. Of two kinds. One set disputed my analysis and was about its inadequacy and inaccuracy. The other strongly endorsed it. The former, all from founding leaders of NGOs, comprised about 5% of the responses, while the latter, from a mix of people from NGOs, including many leaders, was the overwhelming majority. Many of the endorsements were angst-ridden. Poor succession planning had led to depletion of the energy and purpose of their organization, resulting in personal disillusionment and disengagement.

Buried at the root of this reaction is the fact that these people cared for the purpose of the organizations. They had signed up to change the world for the better, which was the possibility that their organization offered. But how many of those who work in NGOs do so because they deeply care about the work and the world? And how many join because it is just another job with a relatively steady and adequate income? These are not questions NGOs ask of themselves enough, though these have significant implications, much like the issue of succession planning.

Let me take the example of our own organization, which has about 1,500 people. Most of them live and work in small towns and villages, in some of the most disadvantaged regions of the country. Almost all of them have expertise in school education. We work to improve education, because we believe that good education can help change the world. But it would be delusional to believe that all our members are motivated by the vision alone and work only for social change. Our 50-odd frontline leaders, who know each of the people in their own teams well, have their estimates and assessment.

Their estimates range from 70% to 30% for those who are energized by the purpose, the rest being those who see their work primarily as livelihood. This binary does oversimplify and lose important nuances, but it can still be useful. As a social sector organization, we are relatively large, financially very stable, and, without doubt, have our own peculiarities. So, our experience may not be entirely representative of the sector. But if some of my more candid friends in the sector are to be believed, it appears that it is. So here is our shared experience on this matter.

First, it is critical to accept reality. Too many leaders and their organizations attempt to keep up appearances that everyone is mission-driven. Since people are good at superficially abiding by group norms, they play along. And this usually leads to low-level engagement of these people with the organization and its work.

Second, commitment to the mission is sometimes used as a gloss over inadequacies and problems. Often, it is the quality of the work. Commitment alone cannot substitute for competence and quality, without which progress is impossible. Worse is the situation where poor work ethic or woolly-headedness are camouflaged by endless discussions, purportedly in service of the goals. And culturally poisonous are those who have a messianic vision of their mission, with no heed to the means.

Third, people don’t remain in the same category. Over time those who come with short-term interests build commitment and purpose, and some others who start with commitment lose it. Those who just work at the job, when they start seeing the effect of their own and the organization’s efforts, often start identifying with the mission. This builds their energy and commitment.

Many who started off with great energy and purpose sometimes drift into a ritualization of their commitments hollowed of meaning. Often, it is just the many corrosions and burdens of time. Sometimes, because of life’s circumstances, such as increasing family responsibilities, sometimes because of uncalibrated expectations on what their efforts can achieve, and sometimes because of organizational dysfunction. Among the most dysfunctional are those situations where the entire organization in itself has lost sight of the goals and direction while paying lip service to them, and has become a job-providing machine.

People who identify with the purpose and work for it with deep commitment are ideal for social sector organizations. But the reality is that such organizations will end up recruiting many who are looking only for a job. If managed well, such individuals can be effective contributors. It is often about acknowledging and accepting such people without any discrimination and effectively demonstrating their work’s link to the goals. Valuing their professional contribution, competence and work-ethic leads to substantially better outcomes for the individual and the organization. And, over time, if all this is done consistently they embrace the sense of purpose.

This overall pragmatic response, which makes social sector organizations more effective, must not obfuscate the fundamental reality that unless there are a significant proportion of people who are purpose-driven, such organizations cannot function. It is they who provide the direction, the momentum and the energy.

Nothing else can explain what I saw last week. With the day temperature at 45 degrees Celsius in western Rajasthan, small teams of my colleagues, with no fans and no access to toilets, working without pause for six days with teachers, across six small towns. I was singed in 2 hours, and they went on.