HIGHLIGHTS
Billy Beane may have popularized sports analytics with his use of statistics to build a better baseball team, but the cricket world is now catching up with it. In this two-part story, S Giridhar and VJ Raghunath examine the evolution of looking at data for better performance

The Kolkata Test and the series win against Australia in 2001 was the most significant turning point in India’s Test history. Ganguly and Wright, captain and coach, plotted and executed a memorable coup. Laxman and Dravid’s immortal partnership became the stuff of legend but the torpedo against Steve Waugh’s men was young Harbhajan Singh.

Those days, the use of data or video analysis was not even on the horizon. Strategy and tactics boiled down to a deep understanding of the game, memory and instinct. Ganguly’s instincts said Harbhajan; Wright backed his captain. What followed was meticulous planning and relentless practice. On a good length area outside off stump, Wright and Ganguly drew a box 20 cm wide and 60 cm long and asked Harbhajan to bowl there. The lad had spin and terrific bounce and every time he bowled in that box, he would hit the top of off stump.

The present-day TV viewer, used to a plethora of visuals and statistics on TV, would realize there was nothing called a pitch map those days. Today, every ball in every game is in the video bank and at the hit of a button one is provided the most sophisticated analysis. You have pitch-maps of the finest grids, a cluster of bowling areas called the ‘beehive’ showing the height at which the ball reaches a batsman’s crease with all the minute dissections of speed, spin and bounce. Batsmen’s scoring areas, their strengths off front or back foot, the ‘wagon-wheel’ are now a part of drawing room conversations as infographics allies with action to holds viewers in a thrall.

Srinath, arguably India’s finest pacer after Kapil Dev, ended up with fewer Test wickets than he ought to have got. His colleague Venkatesh Prasad told us, ‘Sri was the best Indian fast bowler I have seen. He bowled back of length, so even if the batsmen were beaten, the ball would go over the stumps. It was only with experience that he bowled a little fuller.’

What Prasad implied was that had professional coaching along with video analytics existed then, Srinath would have perfected his length a lot earlier. Prasad’s own story is telling. When we asked him about his spell of five wickets for no runs in the 1999 Test against Pakistan at Chennai, he said, ‘there was no computer or video analysis during my time. Everything depended on the bowler memorizing what he observed. I literally drew images of field placements in my notebook and tried to remember and execute on the ground.’

India may have been slow in accepting the necessity of a professional coach but when analytics arrived, India was quick to embrace it, as early as 2003. Money was pouring into BCCI coffers and the team could afford the best of resources to strengthen its preparations. And that is where S. Ramakrishnan (Ramky), one of the world’s foremost specialists in cricket analytics enters this story. 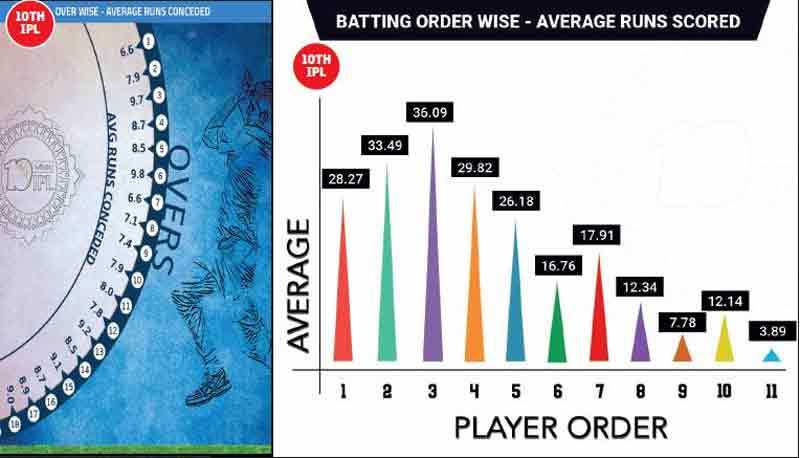 For Ramky, it was a journey that started more than 30 years ago when he began videographing games using a Handycam gifted by his father. His first experiment was on himself. A first division cricketer, Ramky was shocked by the video evidence of his faults as a batsman. His big breakthrough came at the MRF Pace academy in Chennai where the legendary Dennis Lillee was head coach and TA Sekhar, a fine pace bowler was assisting him. Around that time, a fiery fast bowler had come into the reckoning but there were murmurs that his action was doubtful.

How Ramky’s video analysis of the bowler changed the entire story must be told in Ramky’s words: ‘A promising fast bowler was suspected of throwing and would have not got into the MRF camp. But my video camera analysis cleared him. It showed that the pacer obtained his special bowling ability not with a bent arm but with a perfectly legitimate wrist action. That fast bowler was Sreesanth.’

This cleared the decks for Ramky to engage deeply with MRF. Lillee and Sekhar helped Ramky improve his analysis so that he could dissect the bowling action into loading, delivery stride, release and follow-through. Ramky added his own insights on run-up, elbow action and rhythm to break-down the bowling action frame by frame!

Sekhar says there was no data analysis when he played for India in the 1980s. Prematch meetings were limited to the captain and manager exhorting players to give off their best. This was true even under fiercely competitive and thinking captains.

When Sekhar became a selector, the committee never went beyond score-cards and averages. It was his stint at the MRF Pace Academy and his association with Ramky that exposed him to the power of analysis. The initial VHS technology was cumbersome and one couldn’t easily retrieve what one wanted. When Sekhar visited the Perth academy in 2001, he obtained a new tool called ‘Silicon coach’ that had been developed in New Zealand. Using this tool, Sekhar and Ramky were able to film and replay frame by frame, to analyse a bowler’s action threadbare. Sekhar talks of this journey of video-analytics like an exhilarating adventure.

In 2002, Ramky attended a meeting of international cricket coaches in Sri Lanka at the invitation of Bob Woolmer. ‘Thanks to Sekhar, I could make a presentation. Buchanan and Wright were also there. It was a hit.’

Following this, Wright invited him to talk to the Indian team. It was meant to be a 30-minute session on how video-analysis worked but the entranced Wright asked him to continue. He asked Ramky to share some clips with the Indian players for he wanted to test the waters before asking the analyst to join his think-tank. And that Ramky says, is how, ‘we were catapulted into the Indian team in 2003. We became the performance analysts of the Indian cricket team and got the opportunity to play a small but significant role in the success story of the Indian team.’

Once Wright and Ganguly had the support of senior cricketers like Dravid, Tendulkar and Kumble, they began using analytics to provide feedback to each player on his technique and performance. On the 2004 tour to Australia, at Ramky’s behest, Ganguly got 25 VHS tapes of the Australian players from the previous Ashes series from ESPN. Ramky digitized these to provide inputs on every opposition player. Team meetings thereafter were more focused and strategies to counter each Aussie batsmen and bowler were discussed.

Along with Wright and Ganguly, Ramky credits Dravid for introducing analysis into the game at the national level. He says, ‘Dravid was a great influence in this change of culture and attitude towards adopting new technology’. Srinath, almost at the end of his career but much respected in the team, was a strong advocate of the use of technology. With Tendulkar, Kumble and Sehwag also endorsing this, computer aided analysis became an integral part of India’s coaching, team preparation and strategy.

This was only the beginning. The revolutionary impact of analytics on the way the game was played and the manner it would be presented to television audiences as spectacular entertainment was still some years away.