Originally posted @ http://www.huffingtonpost.in/v-r-vachana/india-s-urban-floods-are-more-acts-of-man-than-god_a_23191850/ on September 1, 2017 by V R Vachana who is Senior Associate, Advocacy and Reforms, Janaagraha Centre for Citizenship and Democracy. 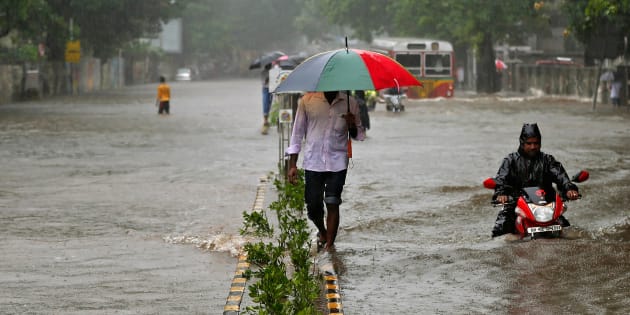 The flooding woes of Indian cities have hit the headlines yet again, with Mumbai, Chandigarh, Bengaluru and Agartala being among the worst affected. As for the response to these crises—there is enough evidence to indicate that the patchwork solutions that have been employed will work like steroid shots that might mitigate the issue temporarily, but worsen it in the future.

The fundamental issue behind recurrent urban flooding can be traced to the lack of a comprehensive masterplan that is properly implemented and enforced. According to the Green Economy report (UNEP, 2011), poor urban planning can cost a country 3% of its GDP. It is a known fact that the planning process in Indian cities is flawed at various levels. Chandigarh, often touted as our best planned city, was intended to house half a million people but now bears the load of over 1.5 million residents, clearly overwhelming its governance and infrastructure capacity .

Inequitable planning results in a divided city – where areas facing minimal flooding end up well-planned and serviced, while vulnerable areas that are low-lying and comprised of informal settlements are left out.

Unmanaged urban sprawl is a clear indication of failure to accommodate the actual pace of a city’s growth, placing undue stress on land. And, with the absence of mechanisms for plan implementation and enforcement, cities end up with encroachments and violations that block natural drainage systems, resulting in urban flooding. The Annual Survey of India’s City-Systems (ASICS) 2016, an urban governance benchmarking study across 21 major Indian cities showed that 14 Indian cities scored zero on a scale of 10 in their ability to successfully implement plans while the remaining seven cities scored a meagre 0.9. The study also showed that no cities have an effective mechanisms to deter plan violations.

Not surprisingly, the Union Minister for Transport, Nitin Gadkari, recently described the Town Planning Department in Maharashtra as “hopeless” and “good for nothing”, emphasising the need for agencies to chalk out plans in tandem with the city’s growth patterns.

Indian cities do not aim for equity and resilience. Inequitable planning results in a divided city – where areas facing minimal flooding end up well-planned and serviced, while vulnerable areas that are low-lying and comprised of informal settlements are left out. Furthermore, they are not equipped with robust indicators to measure success and failure of plans. This can be further attributed to the fact that India has a dearth of town planners, sectoral planners and plan enforcement staff. According to UN-Habitat (as cited in the ASICS report), India has only one planner per 4,00,000 population in comparison to the UK, which has 148 planners for the same strength of people.

Robust planning and design standards would also help implement scientific design of drains, separation between sewage and storm water and adequate capacities of storm water drains. No city in India has adopted a design standard for drainage systems. Most cities also lack adequate drainage coverage. For example, Chennai has 855km of storm water drains against 2,847 km of roads, resulting in floods after minimally heavy rain. In Mumbai, storm drains receive almost 40% of sewage from the city either by direct discharge/overflow from sewers or by drainage across the ground, leading to reduction in its capacity to drain rainwater.

Who is in charge?

Urban flooding events are followed by finger-pointing between authorities, highlighting the issues caused by fragmentation of governance and services. While it is the city government that receives flak for urban flooding, most planning policies and decisions do not come under their control, which raises the larger question on the state government’s reluctance to devolve planning responsibilities to the city government as envisioned by the 74th Constitutional Amendment (Mumbai being an outlier in this case).

The approach to developing solutions needs to be systemic rather than reactionary. If not, urban flooding and all the suffering that comes with it will continue to haunt Indian cities.

Flooding has significant impacts on the economy and it is disheartening that we are yet to conduct and document assessments on resulting risks and losses from such events. It is worthwhile to look at London, a city at a high risk of flooding by the River Thames, and its flood defense system—the “Thames Barrier“—that is largely successful and projected to work until 2070. It is interesting to note that London has also gone ahead with a project titled “Thames Estuary 2100” to manage flood risks primarily posed by surges in the North Sea tides, showing the city’s commitment to developing a forward-looking plan for disaster mitigation. India’s municipal planning and governance system also needs to include effective methods for disaster preparedness, including early warning systems, on a war footing.

The approach to developing solutions needs to be systemic rather than reactionary. If not, urban flooding and all the suffering that comes with it will continue to haunt Indian cities.